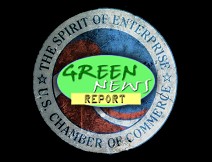 "If my doctor told me I had cancer, I wouldn't scour the country to find someone to tell me that I don't need to worry about it," Henry Waxman, told the hearing of the energy and commerce committee.

"Most of us don't substitute our own judgment for that of experts when it comes to medicine, nuclear engineering, building bridges or designing computer security."