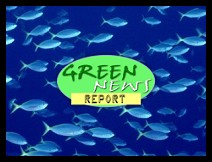 (Brad and I are on the road, so we prepared this report for you before we left! --- Des)

IN TODAY'S AUDIO REPORT: Too late to save the world's fish?; Big trees grow smaller ... PLUS: A jump start for the electric car industry... All that and more in today's Green News Report!