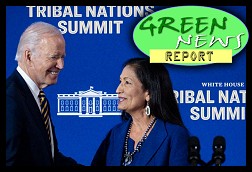 If sedition against the environment is a virus or memetic entity, it will be difficult to deal with (On The Origin of The Containment Entity - 3).