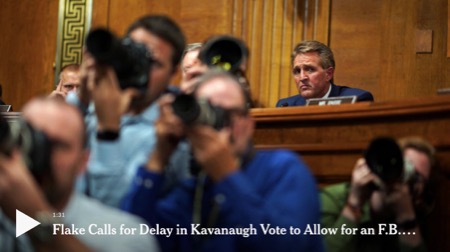 Supposedly on Kavannaugh's calendar from 1982 (who keeps a 35 year old calendar?) that K provided for hearings, one of the entries is "to Timmy's for skis w/ Judge, Tom, PJ, Bernie, Squi"

I was in college in 1982, and skis on my campus referred to ski weekends. At that time one of the slang terms for cocaine was "snow." Ski weekends referred to all weekend cocaine parties.

Did ski (in July) in the DC area mean something different than on my college campus?

Re Alex @1. During the hearing, Kavanaugh identified "skis" as "brewskis" aka beer. If the July 1 entry relates to the date Dr. Ford says she was assaulted, it would be consistent with her allegation that Kavanaugh and Mark Judge were inebriated. Her description would not be consistent with someone who was high on cocaine.