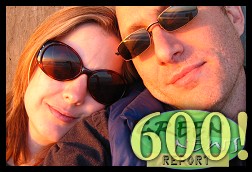 IN TODAY'S RADIO REPORT: Hours after Amtrak crash, Republicans vote to cut Amtrak's budget; FBI violated its own rules to spy on Keystone XL pipeline protesters; Hawaii votes to be first in the nation to reach 100% renewable energy; PLUS: It's our 600th episode! ... All that and more in today's Green News Report!

IN 'GREEN NEWS EXTRA' (see links below): The arguments that convinced a libertarian to support aggressive action on climate; US taxpayers subsidizing world's biggest fossil fuel companies; Vampire power costs Americans $19 billion in electricity every year; French nuclear model falters; Depleted uranium in Utah Desert? What could possibly go wrong? ... PLUS: Could climate change help you go gluten free?... and much, MUCH more! ...

Oops! Error now fixed, TWL. I blame haste and auto-fill. But mostly auto-fill. Thanks for the alert!

Looking forward to the next 600 Brad and Desi!