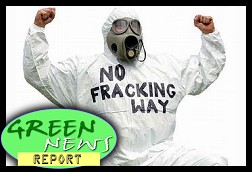 IN 'GREEN NEWS EXTRA' (see links below): When Cronkite warned America about global warming: The Way It Was; Climate activist Tim DeChristopher calls on churches to lead global warming fight; PA fracking study on water contamination now under ethics review; Duke Energy settles for $2.5m fine for 3rd largest chemical spill in US history; NTSB seeks stiffer standards for oil tank cars; Voters want next president to favor climate policies, poll finds; Spain got 47% of its electricity from renewables last month... PLUS: Keep showering, California. Just lay off the burgers and nuts... and much, MUCH more! ...