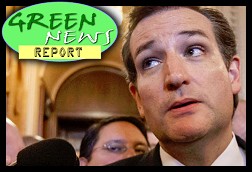 « PREVIOUS STORY "'Impeach Mark Fuller' Radio Ads Target GOP U.S. House Judiciary Members in Five Districts"
» Go to The BRAD BLOG front page «
"The Right to NOT Vote (Or, At Least the Right to Vote for 'None of the Above')" NEXT STORY »

Power to the people software (The Question Is: How Much Acceleration Is Involved In Sea Level Rise?).

Rancourt continues to be relevant:
http://activistteacher.b...e-of-climate-change.html

Traducuteur, that's what one media analyst calls 'verification in reverse':

"Verification is taking something that might be true, and trying to nail it down with facts. In reverse verification you take something that’s been nailed down and try to introduce doubt about it."

You are, of course, welcome to spend your time on whatever you want. But even the CEOs of all of the major oil companies accept and acknowledge the scientific reality of human-caused climate change. Introducing doubt hasn't suddenly caused physics to take a holiday, and the global scientific community, the insurance industry, and the military are all convinced that it's time to stop wasting time and get to work on figuring out smart policy responses.

That's what science is supposed to do, isn't it, Desi? I'm interested, that's all. Rancourt is a physicist, and that's a well-reasoned paper, whereas you people put me in mind of Chicken Little. Beware the herd mentality.

Like I said, Traducteur, you're welcome to spend your time on whatever you want.

I've chosen to spend mine studying and reporting on the science of climate change, energy and policy, ranging from the spectrum of skeptics to the scientists who are doing the hard work of gathering the field data and submitting their conclusions for peer-review.

Just because people find your evidence unconvincing doesn't mean they are following a "herd mentality." Beware of motivated reasoning and confirmation bias.

« PREVIOUS STORY "'Impeach Mark Fuller' Radio Ads Target GOP U.S. House Judiciary Members in Five Districts"
» Go to The BRAD BLOG front page «
"The Right to NOT Vote (Or, At Least the Right to Vote for 'None of the Above')" NEXT STORY »
See MSVL and support BRAD BLOG! Click here for signed premium version!