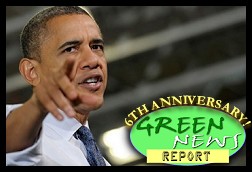 You do know that Shell was one of the first funders of WWF and that they were heavily into making money out of wind.

And the lies they spread were to raise the price of oil through the gullible idiots that went along with the global warming scam!

Denier, Mike Haseler, so-called "Scottish Sceptic," who offers no credentials; no facts; no science, while speciously claiming that global warming is a "scam" lays down a piece of oil cartel propaganda, aka greenwash by claiming that Shell Oil is heavily into "making money out of wind."

That canard was debunked by Rolling Stone's Antonia Juhasz.

"The bottom line is that oil companies only invested a drop in the bucket [in alternatives] even in the 'heyday' of the early 1980s," says Douglas Cogan, vice president of investment firm MSCI ESG Research. "Most of the largest [oil company] investors have dropped out in recent years, following the precedent that Exxon set 30 years ago."

Juhasz zeroes in on Shell, the world's largest company:

At its peak in 2007, Shell was spending just 2.5 percent of its total capital expenditures on alternatives. Today it's down to 1.5 percent.
Shell abandoned solar in 2006 and maintains only minor investments in wind and some hydrogen research today.

The bulk of Shell's alternative investments today are in biofuels. Meanwhile, it presses ahead with the world's deepest offshore oil well in the Gulf of Mexico and refuses to do more than "pause" plans for drilling in the U.S. Arctic – even after one of its drilling rigs ran aground in Kodiak, Alaska in January.

Have any other greenwashing tall tales you'd like to add, Mike?

You know that sea-level rise calculations have been notoriously low ... underestimated ... because scientists are afraid to scare the sheeple.


The coastal sea levels along the Northeast Coast of North America show significant year-to-year fluctuations in a general upward trend. The analysis of long-term tide gauge records identified an extreme sea-level rise (SLR) event during 2009–10. Within this 2-year period, the coastal sea level north of New York City jumped by 128 mm. This magnitude of interannual SLR is unprecedented (a 1-in-850 year event) during the entire history of the tide gauge records. Here we show that this extreme SLR event is a combined effect of two factors: an observed 30% downturn of the Atlantic meridional overturning circulation during 2009–10, and a significant negative North Atlantic Oscillation index. The extreme nature of the 2009–10 SLR event suggests that such a significant downturn of the Atlantic overturning circulation is very unusual. During the twenty-first century, climate models project an increase in magnitude and frequency of extreme interannual SLR events along this densely populated coast.

(Nature Communications). These types of surges will not only continue, they will increase over time.

Because, among other things, of flooding damage.

Not to mention Miami Beach, Norfolk, and other coastal cities.

The Pentagon told Obama that climate change is the greatest threat to our national security.

Not a mere 6 feet as conservatively suggested in the "New York City Could See 6-Foot Sea Rise" link.

Historically, the sea level rises have been underestimated, increasing our exposure to being unprepared.

Time to realize that the underestimates are much more dangerous than the overestimates.