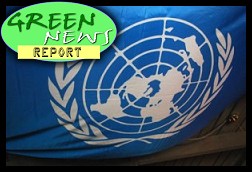 IN TODAY'S RADIO REPORT: Preview of the latest UN climate report; GOP prepares new hostage crisis on behalf of fossil fuel industry; PLUS: Facing the challenges and the opportunities of climate change ... All that and more in today's Green News Report!

James Corbett does a good job at offering significant challenges to your CAGW agenda.

Huh, JT, it looks like he forgot to include any actual scientific evidence. Attacking and misrepresenting the processes of the IPCC, the leaks of the drafts, and trying to confuse the public on transparently stated confidence intervals and uncertainties --- none of it constitutes scientific evidence, and none of it overturns the broad findings of mainstream climate science.

Again your "evidence", devoid of any actual scientific data or any links to scientific literature, remains unconvincing.

Fun! Is that like our "gravity agenda"? Our "globe is round agenda"? And our "breathing oxygen agenda"?

Sigh. As to those Daily Mail articles that you seem to be celebrating, given my respect for your work in the past, it's rather remarkable to me that you seem so supportive of completely and demonstrably counter-factual propaganda put out by that paper. Seriously makes me question your past work, unfortunately. You used to be a fan of actual facts and evidence and stuff, right? I'm not just imagining that, am I? Or is that just part of my "memory agenda"?