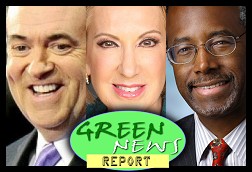 I've been having sort of a running conversation/debate with author, comedian, friend and KPFK/Pacifica Radio colleague Jimmy Dore ever since the Charlie Hebdo massacre in Paris. He heard my take on the shootings, as discussed on KPFK at the time, and picked it up (a less generous person might say, misinterpreted it) on his own show.

We then had it out on his show and, finally, with the weekend shootings in Garland, TX at a rightwing group's event offering $10,000 for the most offensive cartoon featuring the prophet Mohammed, it seemed like a good time to pick up that conversation to see if either his or my views have changed.

So, Jimmy was my guest on today's BradCast and I think you'll enjoy the discussion!

Also, Bernie Sanders' refreshing words on a Sunday network news show; Carly and Carson both jumped into the 2016 GOP nomination clown car; one encouraging moment in Nepal amongst unspeakable tragedy following their recent devastating earthquake; the FEC continues to be dysfunctional, with one of their chairs now out-and-out noting that campaign finance regulations are unlikely to be enforced during the 2016 Presidential elections, despite record "dark money" set to be spent on them.

All of that and more on today's show! Please enjoy and spread the word!

While we'll be posting The BradCast here everyday, and you can hear it across all of our great affiliate stations and websites, to automagically get new episodes as soon as they're available sent right to your computer or personal device, subscribe for free at iTunes, Stitcher, TuneIn or our native RSS feed!